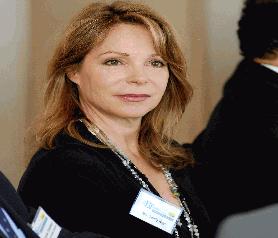 With a track record spanning over twenty-five years in the television radio and newspaper/magazine industries, Sandy Kaye is well qualified to produce and present material in any medium, on any topic.

With a track record spanning over twenty-five years in the television radio and newspaper/magazine industries, Sandy Kaye is well qualified to produce and present material in any medium, on any topic. Her varied career has seen her work in both radio and television as a presenter, a reporter, newsreader, researcher, writer, producer, commentator and publicist, moving easily between hard news, current affairs, talkback, lifestyle and variety.

At just 21 years of age, Sandy's style was setting her apart, her voice being heard on the ABC's prestigious overseas broadcaster, Radio Australia. Then, in 1978, she became Sydney radio's first female newsreader. In 2003 Sandy hosted her own very successful talk-back
radio show on 3AK.

Sandy has worked on air and behind the scenes at all five major Australian networks, in roles as diverse as reporter, producer, and researcher, ... in TV news/current affairs, lifestyle, magazine and variety programs. Her on-air work saw her quickly become established in the Melbourne television scene of the 1980s and 90’s as a personality in her own right.

Recently a magazine feature writer too, today she presents, produces and researches for many US and UK television series and specials.

Equally busy in the corporate world, Sandy writes and presents programs for clients across Australia, including some of the nation's largest corporations. As a voice-over artist, she may be heard on many corporate productions throughout the country. Sandy is an accomplished and accredited media and presentation skills trainer, and regularly participates in corporate crisis exercises as a media role-player and advisor/consultant.

Journalist/ Producer/Reporter/Editor/Voice Over Artist/Media Trainer - no assignment too great or small. Will happily work in news, current affairs, entertainment, lifestyle or technical/corporate writing. A dynamic and passionate trainer with a Certificat 1V in Workplace Training and Assessment - ready to travel anywhere anytime!