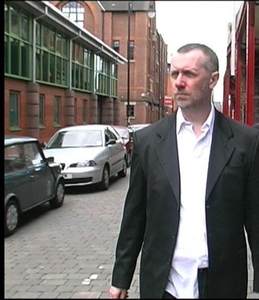 Since being awarded the 'Award of Excellence' in BT's prestigious 'Technology Journalist of the Year' Awards for his work in the Financial Times, Paul is now recognised as a leading commentator and editor.

Since being awarded the 'Award of Excellence' in BT's prestigious 'Technology Journalist of the Year' Awards for his work in the Financial Times, Paul is now recognised as a leading commentator and editor. Prior to freelancing, he was a telecoms correspondent at the Financial Times and subsequently International Editor for Wireless Week in the US. He was also Editor of top trade titles such as Mobile Europe, and also worked on the Independent newspaper and was a regular contributor to a raft of other telecoms, business and IT publications.

He can often be heard on BBC radio broadcasts, commentating on key issues in the news. He has been featured on the BBC TV's 'Newsnight', 'Working Lunch', BBC 'News 24', BBC Radio 5 Live's 'Wake Up To Money', 'Drivetime', the 'Financial World Tonight', Radio 4's 'PM' and 'Today' programme with John Humphrys, BBC Radio 2's 'Jeremy Vine Show' as their resident 'Web Doctor', BBC1 TV's 'Breakfast' show as well as a raft of other expert slots on the 'Six O'Clock News' and other TV and radio news broadcasts.

Prior to journalism, Paul worked in the telecoms industry, one of the very few journalists who actually know what they're talking about - from direct experience - he was latterly appointed as Market Analyst in BT Mobile\'s International division and as also Director of Projects at BT's National Accounts Division in the rollout of Vodafone's cellular networks across the UK.

Highly-regarded and sought-after as one of the foremost authorities in his field, Paul has also written four books on mobile and wireless communications, He holds degrees in English and a CNAA DMS Postgraduate Diploma in Management Studies. Paul has also recently been awarded the Diploma in Corporate Governance (DipCG) postgraduate degree by the Association of Certified Chartered Accountants (ACCA).