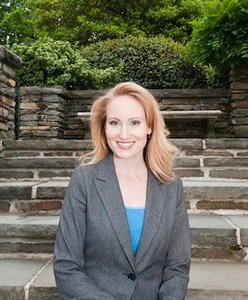 Visit http://christinapaschyn.com/ to see my most recent reporting work. Christina M. Paschyn is a multimedia journalist, award-winning documentary filmmaker, and academic based in Doha, Qatar. Dedicated

Visit http://christinapaschyn.com/ to see my most recent reporting work.

Christina M. Paschyn is a multimedia journalist, award-winning documentary filmmaker, and academic based in Doha, Qatar.

Dedicated to reporting the world’s untold stories, Paschyn is available for reporting projects in the Middle East and beyond. She is the founder of Paschyn Productions, a documentary film company specializing in social justice, human rights, gender, religious issues, and historical documentaries in both observational and expository mode.

Paschyn, MS and MA, is an assistant professor of journalism in residence at Northwestern University in Qatar. She has reported for major news organizations across the globe, including the Pulitzer Center on Crisis Reporting, TIME.com in London, E News in Johannesburg and KVRR-TV as the station’s congressional correspondent in Washington, D.C. In her work as a journalist, Paschyn has covered a variety of under-reported issues, such as Qatari women’s education and employment, education policies in the GCC, deteriorating press freedom in Ukraine, net neutrality, and the Chernobyl nuclear disaster anniversary and its relevance to the Fukushima nuclear crisis. She delivered live shots and interviews about the rocket strikes on Be’er Sheva, Israel, during the 2009 Gaza War for multiple news outlets, including WEWS News Channel 5 in Cleveland.

Her video work also has appeared on CNN and Euronews and her writing has been published by the New York Times, the Christian Science Monitor, the Huffington Post, Women’s eNews, Chime for Change, Al-Fanar Media and in THINK. Magazine, Harper’s Bazaar (Arabia), Cosmopolitan magazine (Middle East edition) and the Chicago Journal, among other publications. She is skilled in Adobe Premiere CC, Final Cut Pro X and 7, Avid, Adobe Lightroom, Photoshop, ENPS and more.

Paschyn earned a Master’s of Arts in Middle East Studies at Ben-Gurion University of the Negev in 2009 while on a year-long Rotary International Ambassadorial Scholarship. There, she volunteered as an English tutor and video producer for Step Forward, an NGO working to empower the Bedouin population in the city of Rahat. In 2007, she simultaneously earned bachelor and master’s of science degrees in broadcast journalism from the Medill School of Journalism at Northwestern University through its Accelerated Master’s Degree Program. Also as an undergraduate, she studied abroad at the American University in Cairo, where she focused on refugee rights and mentored Sudanese refugees. 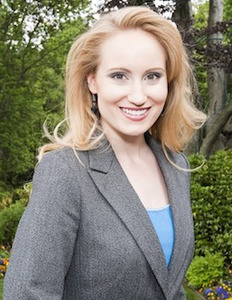