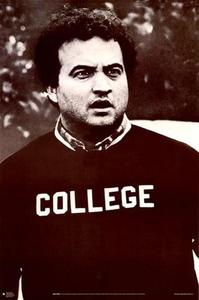 Kingsley Marshall is a Senior Lecturer and Head of Film within the School of Film & Television at Falmouth University, Cornwall, UK and an experienced journalist/critic contributing film, video game and

Kingsley Marshall is a Senior Lecturer and Head of Film within the School of Film & Television at Falmouth University, Cornwall, UK and an experienced journalist/critic contributing film, video game and music criticism, features and interviews to over 30 publications worldwide.

The School of Film & Television at Falmouth University is a department with over 500 students studying undergraduate courses in Animation & VFX, Film, Digital Games and Television, together with a postgraduate community studying from MA level through to PhD supervision. Kingsley specialises in sound design in cinema, film production practice and criticism & philosophical approaches to film. His academic research primarily orientates around the use of sound (including music and effects) in film, the production culture of cinema & sound recording and cinematic representations of the real.

Kingsley's academic research primarily orientates around the use of sound (including music and effects) in film, and the cinematic representation of the real, including historical figures and events. He has contributed to Presidents In The Movies: American History and Politics on Screen, a book which examined the representation of US presidents in film and television, published by Palgrave Macmillan as part of their esteemed Evolving Presidency series, and Watergate Remembered which considered the legacy of the scandal that engulfed the US presidency, again published by Palgrave Macmillan.

A larger research project with the University of East Anglia, entitled The Gulf War Film: Place, Space and the Unification of Film Sound, interrogates the use of sound in representations of war – including film, television and video games, and considers the relationship between craft and creativity in studio and independently financed film. The project is structured around close study informed by a series of interviews with leading film practitioners, including the multiple Academy Award winners behind The Hurt Locker. The first work was published within Kathryn Bigelow: Conversations, through the University of Mississippi Press.

In the last year or so, Kingsley has presented papers at conferences in New York, Princeton & Roehampton, continued work on a feature film screenplay (The Centurion, not about Roman commanders) and contributed to Oblique Music, edited by Sean Albiez and David Pattie and due for publication on Bloomsbury in 2016, with a piece centred around collaboration, chance & the use of the Oblique Strategies in the recording studio and visual arts practice of Brian Eno, with colleague Rupert Loydell.