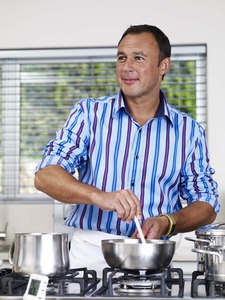 Demonstrates organization and multi-project time/issue management
Pro -active in PR and Marketing functions.
Author of 5 cookbooks, and a regular food and travel features writer for 4 International and regional magazines.
Written, produced and Exec produced several TV series including “From Birmingham to Bombay”, a series of which is currently being sold around the world.
Experience within high profile customer service (past customers and guests have included the likes of Prince Charles, Franck Sinatra, Chris de Burgh, Prince & Princess Grace of Monaco, former Prime Minister John Major and a vast amount of celebrities from both Music such as Michael Jackson, Cher, Film stars such as Sean Connery, Angela Lansbury and Sports personalities such as Gary Player, Zola Budd, Francois Pienaar etc...
Please visit my websites for further details
www.alancoxon.com also www.foodbyalancoxon.com and www.booksbyalancoxon.com
7 min marketing video for Piccota Cherries in Spain http://www.youtube.com/watch?v=eJnsHN_sCpM
Also a marketing video filmed in Canada.. http://www.youtube.com/watch?v=SYRafNgZXRg

Roles, activities and achievements to date.
Food and Product development: Creator of the unique multi award winning Ale-Gar, Ancient Greek and Roman Vinaigre) also the development and launch of Macadamia nut oil and an extension range of four fruit vinegars.

Member of the Royal Academy of culinary arts
Member of British Guild of Food Writers,
Member of the French culinary Association
Voted within the top 10 favourite BBC TV Chef presenters in a worldwide poll
Member of the International Travel Writers Alliance.
Food Ambassador 2011/2012 for Worcestershire and Stratford upon Avon

Previous Work Experience............
Executive Head chef and operations manager of Baxter’s of Spey side, (3 years) I opened and implemented a new 50 seat fine dining restaurant concept, designed, developed and implemented new kitchen facilities as well as the free flow visitor centre dining facilities catering for over 100,000 visitors per annum (tripling the turnover within the year), taking over the day to day running from Compass. Developed and implemented a variety of Culinary shows in a new purpose built culinary theatre implementing a variety of entertaining culinary food events and activities.
Chef/ Lecturer and tutor, Hull College Catering Department. ( 3 years )
I worked within the educational and training arena for 3 years as Chef Lecturer, delivering C&G 706 1 & 2 before developing and writing the new NVQ structures.

My passion and enthusiasm of cooking, food and unparalleled knowledge rapidly encouraged the younger generation to pick up the culinary gauntlet, as I trained several that went on to work with the likes of Marco Pierre White, Anton Edelman at the Savoy, and Anton Mossiman.

I opened and ran the largest 4 star hotel in Europe "The Newport Bay Hotel ", Paris, leading an International culinary brigade of 68 chefs, catering for over 3000 people daily. Responsibilities incorporated an a la carte restaurants, room service division and banqueting operations. Developed menu`s and Implemented the operation procedures, overseeing the entire culinary operation as well as food ordering for this 1098 room hotel.

Working to Michelin standard, I opened and designed the entire front and back operation. I sold the operation and immediately developed and opened Kevin Woodford/Robert and Susan Sangster’s restaurant, "Woodfords" and "The Top Table restaurants.

I also worked within the banqueting section, regularly catering for 1000 guests, the Garde Manger sections where I learned the art of Fat sculpture, as well as one of the most influential, the Provincial restaurant "Le Pistou" specialising in Mediterranean cuisine. Fresh local/regional cuisine and influences.

Assistant Catering officer (3 years) at County Hall Matlock, Derbyshire, a multi-site operation looking after the judge’s lodgings and visiting dignitaries, as well as an involvement with the school meals department for Derbyshire County. Assisting the implementation and standardisation of menus, recipes and costings .During this time I also re-designed and implemented a new kitchen restructure.

Media Activities / TV appearances
Creator, writer, presenter and Exec producer of a new TV series entitled “From Birmingham to Bombay “ a 5 part series that looks at the history and origination of 5 of the UK`s most popular curries. The series takes me to two continents and 7 regions across India in search of the originations of the Tandoor, Madras, Rogan Josh, Korma and Vindaloo curries.
Regular guest appearances on the Alan Titchmarsh show ITV 1
Two series of BBC2’s ‘Ever Wondered About Food’ averaged 1.3 million viewers and gave a fascinating insight into the historical and social science behind Britain’s favourite dishes.

I worked with a few of the worlds sporting legends cooking with them in their own homes.
I looked at what made these sporting legends tick, and how food played an all important part to their physical fitness and success.
Legends include Golfer Gary Player, Runner Zola Budd, Rugby ace Francois Pienaar , 4 times world Champion Boxer Baby Jake, Cricketer Alan Donald and Football legend Jomo Somo ( the series is being screened in over 80 countries around the world )

This unique series of 6 30 minute shows was ground breaking in the fact that never before had Southern African Royalty and rulers been exposed to cooking on TV or allowing a film crew to film behind the scenes in the Royal homes.
Royalty such as His Majesty King Goodwill Zwelethini leader of the Zulu nation, The Xhosa Kings and Queens, Kings Letsie III of Lesotho and the Ndebele royalty to name but a few, allowed Alan into their lives and offering a culinary and cultural journey beyond belief

UK Food Great Food Live and Great Food Bites, presented by Jeni Barnett.
I worked on the daily live series for over 4 years, as regular guest presenter and guest chef.

Gloria Hunniford Open House (Channel 5)
I worked on this live afternoon chat show for over 4 years as regular weekly guest chef I met and cooked with major celebrities from around the globe, from Sir Cliff Richard, to Donny Osmond.

Coxon`s Kitchen College (Carlton Food Network) writer and presenter.
A total 244 shows filmed as live to time in front of an audience.
A series that allowed me to express my deep found knowledge of food and ingredients, taking the viewer on an informative culinary journey.
A series of Coxon`s Christmas College also followed due to the positive viewer response..

The Mint (ITV1) Alan co-presented 9 shows of this new format game show, a live show that aired nonstop for 4 hours, whilst there were no cooking sequences within the show it allowed Alan to venture into new presentation grounds and an opportunity to show his diversity and dexterity in television presentation.

From Portugal with Love (Carlton Food Network ) a series that I wrote, co-produced and presented, which took me the length and breadth of Portugal , revealing its wonderful culinary heritage and stunning environmental diversity.

Touring South Africa ( Carlton Food Network ) Writer and presenter .A food and travel log, covering the diversity of Southern Africa and its cuisine.

Land of Plenty, Touring North West America, From Oregon to Vancouver, investigating the diversity and influences of regional cuisine, from the foods of the Native American Indians to the dizzy heights of the Space needle restaurant in Seattle.

Surprise Chefs (ITV Meridian) 2 series co-presented with Lesley Waters, a regional TV show where we stormed a general shopper then invited myself to cook whatever they carried within their shopping basket back at their home.

Other guest appearances include Kill it Cook it Eat it, Britain’s Favourite dishes, Aunties Bloomers, Alright on the night etc.. Etc...

A weekly 1 hour radio show on Chef Radio discussing the latest trends and ingredients.
Previously had a weekly show as the food doctor for BBC Hereford and Worcester
and have been involved with several Radio awareness Campaigns including UK wide Potato awareness and Divine Fair Trade Chocolate.
I write a monthly feature for a variety of magazines and web based food sites including The Vale and Cotswold magazine, International lifestyle magazine , Wiltshire magazine, and memory in mind magazine.
I have also been featured in numerous newspapers throughout the world.
Consulting and judge for the iTQi (International Taste and Quality Institute of)Sperior Taste Awards ( Brussels).


Endorsements /References
Jonathon Allen (British Ambassador to Bulgaria) “Alan is a real professional with great experience, he is knowledgeable and friendly. Under trying circumstances he managed to incorporate a great sense of humour in his culinary demonstrations and drew upon an impressive range of facts and information to entertain his audience. Alan also prepared two excellent lunches at the Embassy for food critics and lifestyle journalists leaving them all truly impressed, with all of them wishing to interview him for their titles. He also delivered a lunch for food producers, distributers and high profile guests that left everyone totally impressed. Alan was a pleasure to work with and I would certainly work with him again”.
David Lelliott OBE (British Deputy High Commissioner India). “Alan Coxon made a major contribution to the success of the GREAT Britain campaign with his wealth of knowledge of global cuisine .I was impressed by his willingness to work and assist me on projects and events above and beyond his requirements after a very busy few days cooking some very impressive lunches and delivering incredibly entertaining cookery demonstrations, as well as his extensive travel, helping to boost the UK brand and impressing the organisers of the event. I very much hope that I will have the opportunity to work with Alan again in India or elsewhere in the world”.

Elaine Bancroft (TV Producer):"Alan is a charming and professional television chef/presenter who is extremely popular with both the production team and the viewers. He's very knowledgeable, but wears this knowledge lightly, loves to educate, and his food is always wonderful!"
Service Category: Presenter
Year first hired: 2008 (hired more than once)
Top Qualities: Expert, High Integrity, Creative" (Sept 19, 2011)

Nicky Barr (Event Organiser):"Alan has a marvellous stage presence and has the ability to capture the attention of the audience throughout his demonstrations. He is also supremely easy to work with and mucks in whenever necessary. He doesn't appear to feel pressure which is a great bonus as a demonstrating chef in a packed theatre.
I very much hope that we will be working together again very soon."
(Sept 19, 2011)

Yvonne Akrill (TV Director): "It`s always a pleasure to work with Alan and I've worked with him on numerous occasions on both Good Food Life and on Overseas Property TV.
His extensive knowledge and in-depth research shines through in all he does. He obviously loves his subject and this is exemplified in all his culinary creations which really do "delight the palate".
I would thoroughly recommend him as he is presentable, knowledgeable and adaptable to all types of presentations."
(Sept 19, 2011).

Christian De Bauw (Director of the International Taste and Quality Institute, Brussels): "Alan is a real professional taster, one of the selected Chefs of our iTQi jury.
We have always appreciated its expertise in evaluating the food products submitted. His judgement and comments are highly valued by our clients from around the world. Moreover, he is a fantastic guy to work with."

Michael Connock (TV Producer). As a producer of TV food programmes I have worked with Alan many times over the last 12 years. As a presenter he is professional, adept at reading autocue, with a relaxed and likeable on screen presence. His encyclopaedic knowledge of food history is a producer's dream with the extra layers of editorial content it can add to a show. As a Chef Alan's recipes are accessible and delicious (the Boiled Beef in Ale and Treacle he cooked on one of my shows is still a favourite) I hope we work together again soon. 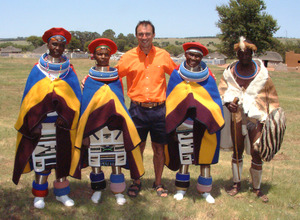 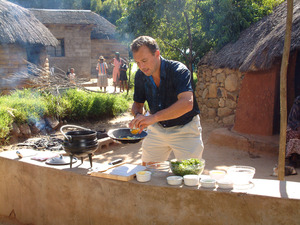 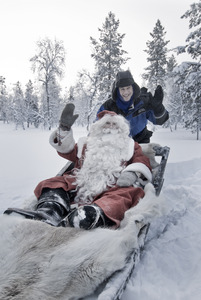 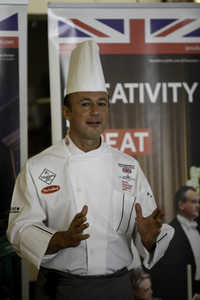