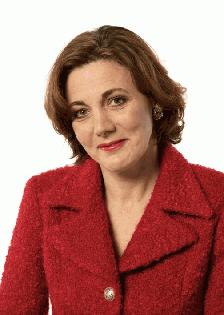 Vivienne Parry is a writer, broadcaster & facilitator with a substantial commitment to public service. A scientist by training, she is best known for her broadcasting for Radio 4. Her work includes 8

Vivienne Parry is a writer, broadcaster & facilitator with a substantial commitment to public service. A scientist by training, she is best known for her broadcasting for Radio 4. Her work includes 8 series of the multi award winning 'Am I normal' and 4 series of 'Inside the Ethics Committee'. She has recently been appointed to the board of UKRI, which is responsible for strategic spend of the UK's £7 billion research and innovation budget. She is also on the governing body of the Nuffield Council for Bioethics..

In the past she was a presenter of the iconic BBC Science Show 'Tomorrow's World' and has also reported for Panorama. Recent films include a one hour film documentary on the history of cancer (http://vimeo.com/dependableproductions/theenemywithin) and films on genomics and proton beam therapy. She writes and presents many films for corporate clients and presents ERS Live from the European Respiratory Society Annual Congress which attracts 25,000 delegates and a global online audience.

She contributes features to a wide range of newspapers, principally the Times and Guardian and has been a columnist for both papers. She has an exceptional range: at one time she combined being main woman columnist of the News of the World with publishing a paper in the Journal of Molecular Biology. She has also written a number of books including 'The Truth about Hormones' which was shortlisted for the 2006 Aventis Science Prize. and has recently been reissued in paperback, She has won both Broadcast Journalist of the Year and Freelance Print Journalist of the Year Awards and been shortlisted for both awards several times. . She was chair of the 2011 Wellcome Book Prize and has honorary doctorates from De Montfort and Heriot-Watt Universities.

In the New Years Honours 2011, she was awarded an OBE for services for the public understanding of science. She is passionate about public engagement, working with patient groups in particular. She has a part time role as head of engagement at Genomics England which is delivering the 100,000 Genomes Project. She took up the position of Chair of the Cheltenham Science Festival in September 2017.

Her distinguished record of public service includes being a member of Council of the Medical Research Council for 8 years and of the UCL Council for over a decade, half as Vice Chairman. She also served for 8 years on the Joint Committee on Vaccination. She was a member of the DH cosmetic interventions review group and the MHRA Devices Review. She was closely involved with the formation of the Science Media Centre and the Cheltenham Science Festival.

She is highly sought after for her skills as a host, moderator and facilitator, especially for high profile events. These have included the G8 Dementia Summit and subsequent G7 Legacy events, the EU Innovation Convention, the launch of the EC Digital Strategy and Adaptation Futures 2016 for the Dutch Government.

She loves developing the talents of young scientists and has been involved with the Crucible programme since 2005, She does some media training, especially for scientists and doctors.
She lives in London and Oxford, is a fantatical gardener and makes far too many cakes.