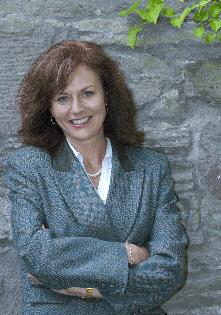 * Author of 39 travel guides
* Holds fellowship from the Royal Geographical Society
* Former Travel Editor for three national newspapers
* Written on travel for 35 years
* Travelled to over 146 countries worldwide
Following an English degree and Communication Studies diploma, Katie identified a market in travel writing and set off round Europe with a backpack. 18 months later, she had a contract from Penguin Books and had written her first book, Europe by Train. Within a year, it was in the Top Ten Best Selling non-fiction books in the UK and was translated into five languages. The book is still updated annually today.

She continued to research and write guidebooks throughout the 1980s and 90's, going on to publish a further 38 titles. She also worked as Editor for Collins Publishers Travel Guide series. Some radio and TV Presenting followed on travel programmes such as ITV's Wish You Were Here and STV's Scottish Passport.

Since 1990, Katie has undertaken Consultancy work for bodies such as British Airways, the British Tourism Authority, Visit Scotland and the European Union DGXXIII Dept of Tourism. This has ranged in content from market identification and analysis for new products, to environmental tourism assessments, writing and designing brochures and tourism literature, and advising on P.R. and promotional campaigns.

As Travel Editor for the Daily Express Newspaper Group (Daily Express, Sunday Express, Daily Star, Sunday Star, OK! Magazine), for the past four years she has been responsible for writing, editing, commissioning and running the travel pages over various titles in the group.

Previous to that, she worked as Travel Editor for The Sun newspaper in London and before that, for The Daily Telegraph.

Her freelance travel writing has been regularly published in The Times, The Sunday Times, The Guardian, The Independent, The Daily Mail and numerous trade and consumer magazines.

Highly specialised in all aspects of travel; former national travel editor for three newspapers; presented on national and regional tv on travel for 5 years, and written on health and beauty for Daily Mail and Daily Express for 5 yrs. As well as television work, now writing freelance for countless newspapers and magazines. NB I do NOT want to receive news releases. Please just send press trip invitations or info on clients who will set up an individual press trip for a feature.