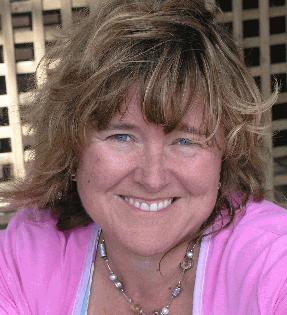 Dr Patricia “Trisha” Macnair is a hospital doctor working part-time in Medicine for the Elderly for Surrey Community Health at Milford Hospital, and the Royal Surrey County Hospital NHS Trust in Guildford,

Dr Patricia “Trisha” Macnair is a hospital doctor working part-time in Medicine for the Elderly for Surrey Community Health at Milford Hospital, and the Royal Surrey County Hospital NHS Trust in Guildford, Surrey.
After qualifying in Medicine at the University of Bristol, she worked for several years within hospital medicine gaining experience across a variety of clinical specialities, before rekindling an early interest in writing and radio. She has now worked for over 25 years as a freelance medical journalist and broadcaster, writing for both the public and for health professionals, and contributing to radio, TV and the internet.

Trisha has also written many articles for national newspapers and magazines, and in recent years has had a number of books published. These include a series of children’s books on the human body, Bodyscope, and a book for health professionals on Communicating in Cancer Care. Most recently she has written a book about living longer through healthy habits The Long Life Equation, a new addition to the successful Dummies series, Irritable Bowel Syndrome for Dummies, and a chapter in a comprehensive health guide for women looking at health issues during different stages of a woman’s life, Women’s Health for Life. She is currently working on a number of other books for children.
In 2001, Trisha won an award from The Medical Journalists Association for her writing on genetics on the BBC health website, in 2008 the MJA voted her runner-up in the Freelance Health Journalist category of the annual MJA awards, and in 2014 she was awarded a Commendation for Excellence in Journalistic Skills.

She holds an MA in Medical Ethics and Medical Law from King’s College, University of London (2001) and has a particular interest in health in later life, frailty, delirium & dementia, and ethical issues especially around end of life. Trisha is a member of the British Medical Association.