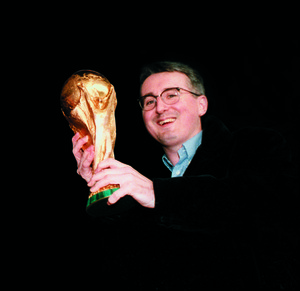 Chris Hunt is a freelance magazine editor, journalist and author. He can be hired to manage book or magazine projects of any size, either as a consultant working in house with an established team, or by

Chris Hunt is a freelance magazine editor, journalist and author. He can be hired to manage book or magazine projects of any size, either as a consultant working in house with an established team, or by providing a print-ready finished product tailored to a client’s brief. He has produced high profile brand extensions, special editions and supplements for many major media brands and he is also available for consultancy on existing titles.

He has written about football and rock music for many years and in the last 15 years he has been the Editor of many of the acclaimed special editions of leading music magazines Mojo, Q, Uncut and NME. He has also been Editor of Hotspur, the official club magazine of Tottenham Hotspur, the Match Of The Day Annual, and digital grassroots coaching magazine Soccer Coach Weekly. He has edited the Official Wayne Rooney Annual and has produced pre-season football supplements for The Sun newspaper. He also launched the Match Annual series.

He filmed a video diary of his travels around Japan for the World Cup in 2002 for the BBC TV programme Beckham For Breakfast. His book 'World Cup Stories: The History Of The World Cup' was published in April 2006 to accompany the BBC television series of the same name, while his football encyclopedia 'The Complete Book Of Football' has sold more than 60,000 copies and has been published in the UK, Australia, Hungary, Germany, the Czech Republic, Russia and USA.

For eight years he was Managing Editor of Britain’s biggest-selling football magazine, Match. In 1988 he was the original launch Editor of rap magazine Hip-Hop Connection. Other national magazines that he has launched include Robert Maxwell's teenage lifestyle title Rage, Solid Rock and sports magazines Mega Sports and Sported!

He has worked as a freelance broadcast journalist for BBC Radio 5 and has contributed to many magazines and newspapers, including Four Four Two, The Times, Mojo, 90 Minutes, The Sportsman and Record Mirror, and he has been a regular byline columnist for Ice, Sport First, Football First and Your Cat, where he wrote a monthly column titled 'My Life With Stalin – An Everyday Tale Of One Bloke And His Cat'.

He has also been asked to write dozens of CD and DVD sleevenotes for bands such as The Charlatans, Secret Affair, Corduroy and many more.