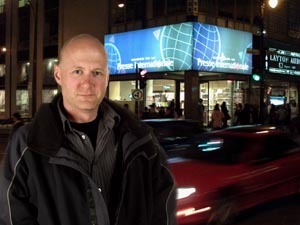 Tim began his media career at Channel Nine in Sydney during the 1980's, and has been surrounded by a NEWS environment most of his career. Working on programs such as Today, National Nine News, A Current

Tim began his media career at Channel Nine in Sydney during the 1980's, and has been surrounded by a NEWS environment most of his career. Working on programs such as Today, National Nine News, A Current Affair and Nightline, Tim has gained a distinctive and extensive perspective on the nature of news and breaking stories.

As a news stringer, he has voiced reports for radio stations (and exclusively for some programs), stretching back to World Expo '88 in Brisbane. His extensive travelling with Channel Nine also allowed him to file freelance radio news reports from the Formula 1 Grand Prix and various Cricket and Football Tests around the country.

In Sydney, Tim has assisted broadcasters as a location voicer for radio coverage of events such as New Years Eve celebrations, Federal & State Elections and even once from on-board a newly launched rollercoaster (never again...). As such, Tim is considered a very versatile reporter. His voice-over experience (and competency with NewsBoss software) also makes him a capable newsreader or presenter.

Tim is the Sydney based correspondent for Global Radio News based in London, and formally for the Canadian Economic Press located in Montreal.

Location reports or feature stories can be filed over the phone, or via remote email as WAV or MP3 files. Video files can be forwarded by FTP or as a 'store & forward' file via M-Link.

When not on other assignments, Tim is heard reporting in a freelance capacity for radio stations within Australia and overseas. In 2003, he completed a tenure presenting sports updates during Macquarie National News on weekend mornings, heard on radio 2GB (873 Khz -AM) in Sydney, and on affiliated stations.

He extensively covered the murder of Peter Falconio in Australia and subsequent trial of Bradley Murdoch for radio stations in the UK. His radio reports were also used in the filmed dramatisation of the case (see excepts with Tim's reports here: https://youtu.be/v3eNzgn3-Jw) 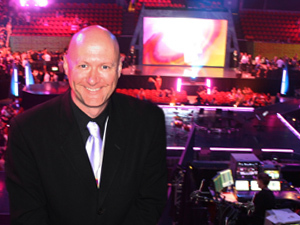 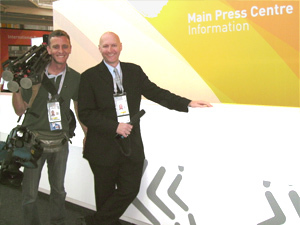