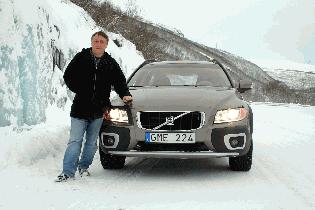 Started as a weekend motorsports photo-journalist, until taken on by local paper, part of Croydon Advertiser Group, in 1985. NCTJ-trained then promoted to Chief Reporter, eventually Deputy Editor. left

I'm best known as a motoring and motorsport journalist, and more recently a heritage rail journalist, but I have wide-ranging experience over many years in several sectors, including editing a two-edition weekly broadsheet newspaper. I'm well known to car manufacturers and attend car launches each month. In my role as News and Road Test Editor for the online outlet TheCarExpert.co.uk I contribute news stories on a daily basis. I write new car launch reports and road tests but also carry out extensive news and management interview work for such titles as Motor Trader. I have also produced lifestyle travelogue features for manufacturer dealer magazines and would like to do more of this. My major motorsport specialisation these days is in American NASCAR racing and global Touring Car racing - I was once a full-time Touring Car racing journalist. I am in regular contact with many US and Touring Car teams. In October 2009 I was appointed Managing Editor of a specialist heritage railway magazine, "Narrow Gauge World", and I have since significantly revamped and enhanced this bi-monthly title which expanded to nine issues a year in 2014. Quark and InDesign literate, having formerly edited magazines and weekly newspapers. Known as a trusted sub-editor. Trained as press photographer and can produce photos to go along with features. Current outlets include Motor Trader, Race Tech, Immediate Network (TheCarExpert.co.uk) and others. Also three books published and two more underway. 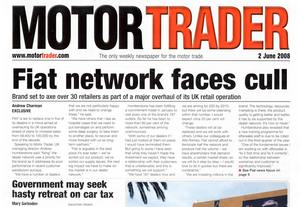 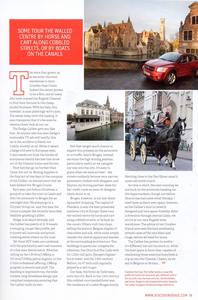 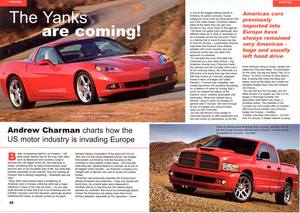 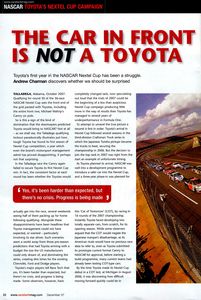 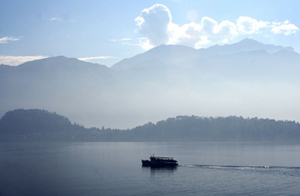