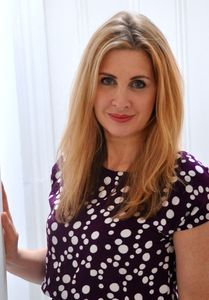 I am an author and long-established national newspaper journalist who writes broadly across the national press. I regularly on parenting and social trends for Daily Telegraph - and am one of the regular

I am an author and long-established national newspaper journalist who writes broadly across the national press.
I regularly on parenting and social trends for Daily Telegraph - and am one of the regular freelance feature writers for the Daily Mail.
I am also the author of eight books, including six on parenting with publishers including LittleBrown and Macmillan.
My next parenting book, The Friendship Maze, will be published in May 2018.
My other books include Mum Hacks - Time-saving tips to calm the Chaos of Family Life, Girls, Uninterrupted: How to Build Stronger Girls in a Challenging World and Taming the Tiger Parent- How to put your Child's Well-being first in a Competitive World.
All of these have been serialised and widely covered in national newspapers including The Times Weekend Section, the Sunday Times and Mail on Sunday, among many others..
My features have also appeared in publications including The Times, Guardian Family, The Sunday Times Style section, The Daily Mirror, The Daily Express, The Sunday Mirror, Grazia, The New Statesman You Magazine, Prospect, Marie Claire, Bella, The Sunday Express, The Sunday People, Now, Woman, Woman's Own as well a range of international publications, including the New York Post and Sydney Morning Herald.
As a health writer, I have been nominated for the Best National Newspaper Health Feature from the Guild of Health Writers.
I also write regularly for the Daily Mail's Good Health section.
As the Mirror's former consumer correspondent, I have also specialised in consumer journalism and am a former Consumer Journalist of the Year.
As an investigative journalist, I was nominated for the UK Press Gazette Scoop of the Year.
I am also a regular on TV and radio. I have appeared on This Morning, NBC's Today Programme, the BBC News, Radio Four's You and Yours, Woman's Hour and Loose Ends, among many others.