UK games writer and (almost) full time gamer. Bexz aka Gamer Girl, has written for publications and worked with brands such as The Daily Mail, Reuters, USAtoday, FoxNews, Marks & Spencer, The Walt Disney

She loves to play new games, review games, strategise game tactics, in fact, anything game related and Bexz is there. Living in Kent with her family, most of her evenings and weekends are spent in London either attending press events as a journalist or gaming. Bexz loves all games but especially the MMORPG game World of Warcraft which she has been playing since December 2004. Bexz was in the top 14% of worldwide World of Warcraft PVP players in early 2017 and is already heading towards the top 9%. She is the guild master of 2 World of Warcraft guilds and you can find her playing one of her many healer classes in raids and dungeons as well as PVP arena and battlegrounds. Playing other games such as Call of Duty, Halo, CS:GO, Warframe, Sims4, Hearthstone, Wildstar, SWTOR, D&D, Pathfinders, Magic: The Gathering and a whole heap of others, as well as now just starting to build her first Warhammer army, gaming is a huge part of not only Bexz’s life and her work. 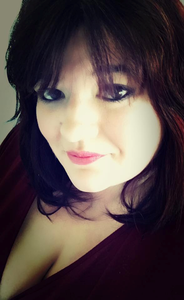