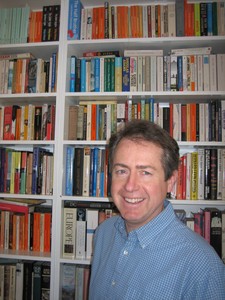 Ian's book, Shredded: Inside RBS, The Bank That Broke Britain, published in June 2014, was longlisted for the FT and McKinsey Business Book of the Year 2014.

Since 2009 Ian has been involved with the production of seven BBC documentaries. These have included several ‘File on 4’s, one ‘Panorama’ and 'RBS: Inside The Bank That Ran Out of Money', a one-hour documentary which was shortlisted for a Bafta. He is also frequently interviewed about business and finance by BBC News (both television and radio), ITV News, LBC and other broadcasters.

Ian was consulting editor of Bloomsbury Publishing’s Qfinance in 2009-14. He was acting business editor of Sunday Times (Scotland) from March to August 2009 and a founder editor of the Sunday Herald, the first national paper to be launched in Scotland for many years. He worked as the paper's financial editor and deputy business editor in 1999-2006. Ian was deputy editor / acting editor of Director, the monthly business magazine published by the Institute of Directors (1997-99), editor of internal publications at Unilever (1995-97) and assistant editor of EuroBusiness (1990-91).