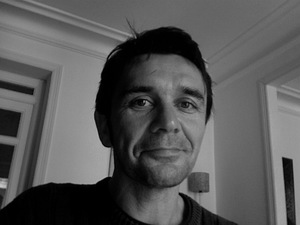 Author, journalist and film director Gilles Gasser is specialised in humanitarian aid issues and working in humanitarian affairs in fragile states for more than 30 years. He spent decades reporting and

Gilles is a native of Paris. He holds a Bachelor’s degree in journalism from Ecole Supérieure de Journalisme in Paris. After working for Les Nouvelles Calédoniennes (Nouvelles Hebdo) in Nouméa (New Caledonia) he became chief correspondent in Paris of newspapers and radio in the Pacific region. He also became a collaborator of the newspaper “Le Jour” publishing series of reportages during the conflict in Northern Ireland in Belfast and Derry, freelancer for AP, RFI and France Soir. He also realised series of reportages with Leo Production and Cinequanone for France 2, M6. and Canal +. He also collaborated with radio FMR where he hosted a daily information programme during two years. From 1993 to 1995 he worked as an independent journalist during the conflict in former Yugoslavia (Bosnia Herzegovina, Croatia, Kosovo) covering stories. In the field, he became more familiar with the humanitarian aid system and mechanisms and he specialized in humanitarian aid issues.

Back to Paris he worked with Europe 1, EuropeInfos and ITV. In 2004, he moved to Spain where he created and realised series and programmes for Canal Plus Spain, La Sexta and Canal Cocina. He also realised long length reportages in Nicaragua, Spain, Germany, Haiti, Colombia and Democratic Republic of Congo for la Sexta, France Television (Thalassa) and Arte (Arte Reportage). He collaborates with the cinema and art industry. Gilles produced and realised series of 30 short films focusing on daily life of inhabitants of the city of Havana (Morena Films, Saatchi M&C. Full House and Wild Bunch), film on Deutsch design and portraits of artists for the Colnaghi Foundation.

He is still actively collaborating with humanitarian aid agencies as senior communication adviser. After field missions and investigation, from 2008 to 2011 he published (Palgrave) series of articles on humanitarian crisis and impact of aid in Democratic Republic of Congo, Afghanistan, Haiti, Nicaragua and Lebanon. He also develops strategies, campaigns and evaluations for the Spanish Cooperation, DARA, FRIDE and the Club de Madrid. He produces and realises films, video clips, animation movies and short films on humanitarian issues, peace and security, human rights, democracy, development and humanitarian aid for FRIDE, Club of Madrid and DAHLIA in the Democratic Republic of Congo, Afghanistan, Haiti and Mali. He also realized series of training to support local journalists in crisis countries. He works with humanitarian agencies on corporate communications (outwards facing, for PR and advocacy) and communications for development (C4D) which aims to bring about positive social change.