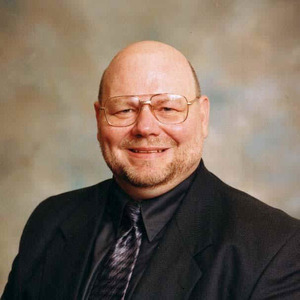 Gracie Ethel Cecile Rosalie Allen, or for short Gracie Allen, was an American actress and comedian who became well known as the quirky and zany partner of husband George Burns. Unfortunately, the earthquake

Gracie Ethel Cecile Rosalie Allen, or for short Gracie Allen, was an American actress and comedian who became well known as the quirky and zany partner of husband George Burns. Unfortunately, the earthquake and great fire of 1906 in San Francisco destroyed many records including Gracie’s birth documentation leaving it a mystery. However, it is commonly known that she may have been born July 26th 1895 making her western horoscope a Leo and her Chinese horoscope a snake, a perfect candidate for stardom. She was born in San Francisco, California and began her life almost instantly into the spotlight at age 3 being given her first chance on air by Eddie Cantor. She pursued an artistic career path by becoming an excellent dancer and performing with her sisters. She did this until 1922 while during a performance she met George Burns and began a comedy act eventually marrying on January 7th 1926 in Cleveland, Ohio.

The acts that Gracie performed with her husband were acted for her to appear as a person with the traits of stupidity and quirkiness even though she was highly intellectual. The audience loved it and soon after this Gracie and her husband moved on up to radio. During this time Gracie and her husband realized that were becoming too old for the material they were using in their show and decided to ‘mature’ their content. Another sketch that Gracie and her husband took part in was that of practical jokes. One of them was a joke that Gracie would be running for president, which she did actual campaign speeches in different towns on her live radio show as well as even receive 42,000 votes in the general election in 1940. Gracie and Burns then made their way through television and film work creating “International House” (1933) and “A Damsel in Distress” which was a musical also starring Fred Astaire. However, Gracie decided to retire in 1958 leaving her husband to go on in show business alone. After about a year though the show eventually lost its pizzazz due to Gracie’s absence.

Gracie battled heart disease and sadly was defeated by a heart attack on August 27th 1964 at age 69 in Hollywood, California. Gracie lived the type of life that inspired everyone around her. She was firm in her choices and had a great intellect that fascinated others. Gracie’s grave lies next to her husband George who died 32 years later in Glendale, California with a marked grave inscribed “Gracie Allen and George Burns – Together Again.”