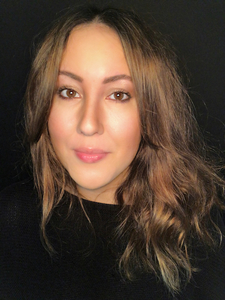 Rachel McArthur is Managing Editor of Digital Ink Media, a UAE-based media house that produces editorial content for a number of titles in the Middle East and beyond.

Based between Dubai and the UK, Rachel has over a decade of experience in digital, print and broadcast media. Having edited/been published in titles such as ‘T Emirates: The New York Times Magazine’, Thomson Reuters and Wamda, Rachel covers a range of topics – lifestyle to B2B – with a keen interest in Islamic Economy industries, science/health/medicine, Middle Eastern/refugee entrepreneurship, motoring, travel and hospitality.

In addition to her role at Digital Ink Media, Rachel is a contributor to the English-language newspapers Arab News (KSA) and Gulf News (UAE), and appears as a current affairs commentator on ‘The Agenda’ on Dubai Eye 103.8FM, the UAE's leading English-language talk radio station. She’s also a creative consultant and MC/moderator.