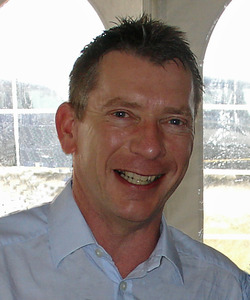 Writer and editor Clive Simpson works as a freelance journalist for national and regional magazines, newspapers, news websites, publishers and media agencies. He has written hundreds of news and feature

He has written hundreds of news and feature articles, annual reports, websites and blogs, as well as contributing to several books.

Clive has also worked extensively in the space and aerospace industries in both the UK and Europe, and was Editor of Spaceflight magazine for 10 years. He is also ciurrently Managing Edigtor of 'ROOM - The Space Journal'.

Based in Bourne, Lincolnshire (12 miles north of Peterborough), he is happy to travel anywhere in the world to cover news stories, write feature articles or report on conferences.

Experienced writer and editor, based near Peterborough, working as freelance journalist, writer and editor for newspapers, magazines, publishers and agencies throughout the UK and Europe. Key sectors covered include space technology, the environment, climate change, business and travel along with general copywriting plus editing for book publishers. Member of the British Association of Journalists and author of hundreds of articles, newsletters, annual reports, websites and blogs, as well as contributing to several books. After reporting on the final flights of the US Space Shuttle from NASA’s Kennedy Space Center for Spaceflight magazine and running my own PR/Media agency (SimComm Europe), I now work as a freelance journalist and writer, and Managing Editor of 'ROOM - The Space Journal'. My own blog So Said The Lighthouse Keeper (www.simcomm.blogspot.co.uk) was started to provide a behind the scenes glimpse of life at NASA’s Kennedy Space Centre during the final flights of the Space Shuttle and now covers a range of topical interests from travel to politics, and serves as a showcase for varied writing styles and comment. 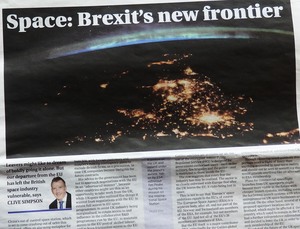