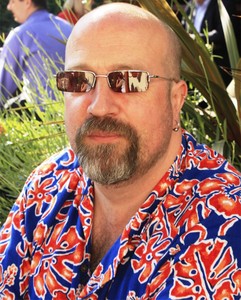 www.worldsworstrecords.blogspot.com
some examples of my recent work
short biography
Contact

I am a feature writer, author and publisher, working in the South West of England, with well over 2500 printed articles to my credit. I write on a wide variety of subjects, from food and drink (with

I am a feature writer, author and publisher, working in the South West of England, with well over 2500 printed articles to my credit.

I write on a wide variety of subjects, from food and drink (with a strong bias on local, organic and ethically-produced food), LGBT issues (for 10 years I edited the gay and lesbian section for Venue, Bristol and Bath's famous what's on guide, and I have contributed news stories and product reviews to a number of other LGBT publications, including the Pink Paper, We Are Family Magazine and 3Sixty) to local history, music, news and lifestyle. I currently write a monthly culture column for gay men's lifestyle magazine Queen and Country.

Over the last 24 years I have written for a variety of print publications, most notably Venue, Folio, The Bath Magazine, The Spark, My Wiltshire, national catering magazine Essentially Catering and for the specialist gay magazines HOT and US publication A Bear's Life. I have also contributed to several local newspapers including The Bath Chronicle, the Bristol Evening Post, the Western Daily Press and the Wiltshire Chronicle. Recent commissions have included The Quietus, the Guardian and Songwriting Magazine.

I have contributed to B2B publications including BRS (from Destination Bristol, Bristol City Council's tourist agency), 0117 (a guide to the local media and creative scene, published by Wildfire Communications) and others. I have some PR experience, specialising in work for local, ethical and L&G events. In 2012 I helped launch We Are Family Magazine, the UK's first publication for LGBT families and their friends, and in 2013 I launched Good Bristol - a green issues magazine launched to mark Bristol's year as European Green Capital. That same year I also published my first book The World's Worst records Volume One (www.worldsworstrecords.co.uk)

In 2014 I established my new business - Bristol Green Publishing Ltd - a bespoke publishing house working with on one-off publications and periodicals for small, local and ethical businesses: in the first year we produced magazines, programmes and directories for several local organisations as well as publishing our own Green Guide to Bristol and Bath. My biography of the opera singer Florence Foster Jenkins was published in May 2016 (UK) and June 2016 (US and Japan). My new book, David Bowie Made me Gay: 100 Years of LGBT Music, was published in September 2017 and launched at a special event at the British Library.