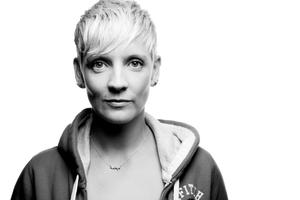 EMPLOYMENT
August 2002 - present
Freelance media services within technology, broadcast, business and education sectors: editor and reporter, copy writer, presenter, press officer, PR, media trainer
As a freelance editor, reporter and copy writer, and presenter, I have a broad range of experience and am always looking for new clients. I am the editor of Smart Chimps, an online mobile news publication, and contributing editor at SVG Europe, which covers broadcast technology in sport.
I write news and features for a number of publications that have included: 3G Mobile Broadband; Connections NIC EIC; Computer Weekly; The Daily Telegraph&#39;s Digital Life; The Daily Telegraph; The Economist&#39;s Executive Briefing; E-Forex; Guardian Education; ICT for Education; New Media Age; Retail Technology; The Times Online; Total Telecom; TVB Europe; Vision from Futurelab; and have worked on show dailies, GSMA Daily at Mobile World Congress in Barcelona, IBC Daily at IBC and ISE Daily at ISE, both in Amsterdam, and BVE Daily in London. I have also worked as a presenter of a daily news show at Mobile World Congress for Telecom TV and a news show for silicon.com.
In 2015 I became the new editor of Tech&Learning UK, with my first issue of this quarterly magazine being January 2016, finishing in July 2017.
Up until December 2012 for two years I was the mobile content editor for Comms Business Magazine, and editor of Mobile Business Magazine Online. Before that, for two years I was editor of Mobile Business Magazine, sister publication to Comms Business. I was bought in to turn the magazine around and revamp it following its acquisition in May 2008; four months after I began running this publication it won its first industry award.
I also provide writing and public relations services for private business clients, and run a media training and consultancy service.

August 2001- August 2002
silicon.com, online daily business and IT news publication, London
Senior networks reporter
My primary duties were to source and write at least five news stories each day on a broad range of technology topics. I also wrote two news analysis features each month. For silicon.com streaming TV, I produced the Behind The Headlines show where I assembled panels of guests and scripted material for debate and The Gadget Showdown where hi-tech toys were sourced, demonstrated and analysed. I also read the news for silicon’s daily Executive News Summary.

June 2000-August 2001
IT Consultant magazine, monthly IT magazine, London
Assistant editor
At IT Consultant I organised the majority of news and research, plus wrote two features per issue. I learned research techniques and writing and editing to a strict house style.

OTHER INTERESTS
I enjoy the challenge of independent travel. From 1996 to 2000, I travelled around South Africa, Australia, Indonesia, Malaysia, Thailand, New Zealand and India. • While away, I worked in a wide variety of jobs, including teaching English as a foreign language in Surabaya, Java, Indonesia and as a chef on a cattle station in Jabiru, Northern Territory, Australia.
Through my work as a journalist I have been able to travel to and briefly explore other areas of the world, including: China; Europe; Egypt; Israel; and North America.
At Southern Crane Kungfu I am an instructor for children and adults. I have been training at Southern Crane Kungfu for 10 years, and run the website, including blogs and publicity for the Club. Once or twice a year I go to China to further my studies in kungfu, training in Fujian Province with Masters in Yong Tai Tiger Boxing and Calling White Crane. I also study the South East Asian martial art of Silat.

Sports broadcast, general broadcast, technology, communications, mobile and fixed telephony, education, ICT in education, business, any commissions: features/news/case studies/reports/research/media and pr training. Freelance media services within technology, business and education sectors: copy writer, press officer, PR, editor and reporter, media trainer As an editor I run Smart Chimps, my online publication focused on mobile content as the driver for the mobile ecosystem. I also edit and write for a number of publications including E-Forex Magazine, Fierce Wireless, Guardian Education and the Wireless Broadband Alliance (WBA). My credits include: Editor of mobile for Comms Business; Editor of Mobile Business; 3G Mobile Broadband; Comms Dealer; Connections NIC EIC; Computer Weekly; The Daily Telegraph’s Digital Life; The Daily Telegraph; The Economist’s Executive Briefing; European Communications; ICT for Education; New Media Age; The Times Online; Total Telecom; TVB Europe; Vision from Futurelab; and have worked on show dailies, GSMA Daily at Mobile World Congress in Barcelona and IBC Daily at IBC in Amsterdam. As a freelancer I currently copy edit and run the press office and PR function for a large UK technology distributor, sourcing, writing and distributing press releases, liasing with the press, and writing copy for a large number of brochures for the company, as well as its clients who include Nokia, Samsung, Sony and LG. I have previously carried out similar PR and copy editing functions for a number of companies in similar industries, as well as copy writing and blogging for PR agencies. Additionally, I run McLean Media (www.mclean-media.com), working with clients in media training. 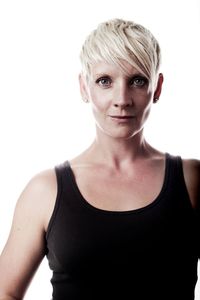