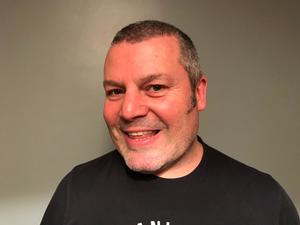 I've been a working journalist for around 30 years, and for the last 20 years I have been a freelance editor, reporter, feature writer and corporate projects writer and editor. Before 1990: I used to

I've been a working journalist for around 30 years, and for the last 20 years I have been a freelance editor, reporter, feature writer and corporate projects writer and editor.

Before 1990: I used to work for the University of the Arts London Student Union, where I was responsible for all the union's printing and communications needs. This was a one-year student sabbatical ending in 1990.

As a student, I was the sports editor of London University's London Student newspaper, and worked for a number of other college publications, including being the editor of several.

In addition, I have a BTEC National Diploma in Business and Finance taken at the same college. This was gained in 1988.

From 1990: I was a reporter at VNU channel business title PC Dealer, before leaving in 1991.

From 1991: I was a reporter, then the news editor of PrintWeek at Haymarket, before leaving in 1994 to go freelance.

From 1994: Before I joined Computer Weekly in June 1998 as a staffer, I was a freelance for 4.5 years from 1994, writing for a large number of magazines, including major titles outside the IT sector, for instance: FourFourTwo, Accountancy Age, Local Government Chronicle, PR Week, UK Press Gazette, PrintWeek, Horticulture Week, Planning Week, Processing News, Newspaper Focus, The Engineer and Contract Journal.

From June 1998: Before I became a freelance again in July 2000, I was the deputy technical editor of Computer Weekly, which is one of the UK leaders in business IT journalism. On the magazine I specialised in networks and telecoms.

During my staff stint at Computer Weekly from 1998, I also completed and passed a City & Guilds course in Networks and Telecoms at City University, London.

I was also a long-term editorial consultant for the Communications Management Association (CMA) through a retainer. The CMA works under the umbrella of the British Computer Society. In addition, my period as a freelance since 2000 has seen me complete extensive corporate writing and media training projects for the likes of Nokia, IBM, BT, Orange, Logica, Siemens and Verizon Business.

From 2005: In 2009, I completed a 4.5 year stint as the main freelance news reporter/editor for TechTarget's enterprise IT title Computer Weekly (www.computerweekly.com). This five days a week job took up most of my time, although I carried on freelancing for others during this period.

From 2009: I was previously the freelance launch editor of www.documentmanagementnews.com, which was a news site operated by document management software firm Version One – part of the Advanced technology solutions group. This role was for a year – again, I wrote for others too.

From 2010: I was previously the main daily freelance newswire writer for IDG's enterprise IT title ComputerworldUK (www.computerworlduk.com) for five years, while also writing for others.

From January 2015 until January 2017: I was the freelance editor of ChannelBiz.co.uk, the sister IT channels (distributors, resellers and service providers) site of enterprise IT title Techweek Europe (now Silicon UK).

Since February 2017: I have been the main daily news freelance contributor for pan-European IT channels (distributors, resellers and service providers) website IT Europa (www.iteuropa.com).

Since March 2018: I have been the main daily news freelance contributor for global cloud services and data centre website Data Economy (www.broad-group.com/News).